The Otha S. Rountree Memorial Scholarship for Nursing Education was started in memory of Otha Solomon Rountree (1936-2020), by a group of his friends. The purpose of the scholarship is to provide an annual award to at least one scholarship applicant. The scholarship funds will be sent directly to the attending university, college, or certification program for the sole purpose of paying educational expenses. The current estimated value of the Scholarship is $1,500.00. 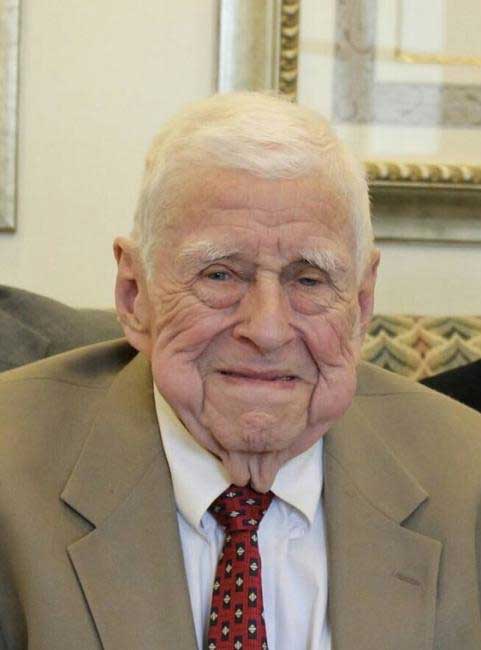 Born in Suffolk, VA, in 1936, Otha graduated from Suffolk High School in 1956 and was employed by the Virginia State Highway Department and the Dixie Guano Fertilizer Company, where he retired in 1998 after 32 years. He was an active and faithful member of Oxford United Methodist Church and a member of the Suffolk Lions Club and The Jolly Boys.

Otha was an avid sports fan. From the 1950’s through the 1980’s, his loyal support of Suffolk High School sports made him a community icon. His contributions as manager, trainer, scorekeeper and chauffeur of players and fans, as well as morale booster, endeared him to all. Otha adopted East Carolina University as his college team. For over 50 years, he made regular trips to Greenville, NC, to visit with coaches and friends, and to root for the ECU Pirates. The School made him an Honorary Alumnus in 1998.

During his retirement years, Obici Hospital became Otha’s family. He served thousands of volunteer hours as receptionist at the front desk. His cheerful greetings and crazy hats were a familiar sight to everyone.

Each scholarship applicant must, at the time of the award:

You can fill out an application online here.  For any further information, contact Mr. Win Winslow, Executive Director of the Suffolk Foundation, by either emailing him at wwinslow@suffolkfoundation.org or by calling (757) 923–9090.